Our consultants have been involved with numerous engagements across a wide variety of environmental exposures. Below we have described our experience in these areas.

Through this work, as well as other work involving very long tail exposures like products liability, we have substantial knowledge of the pre-1986 environment related to general liability coverage.

As part of our review of NCCI filed loss costs in several coal mine states, we thoroughly reviewed the impact of the Byrd Amendment, which was passed as part of the Affordable Care Act. 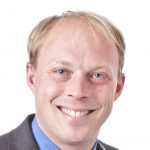